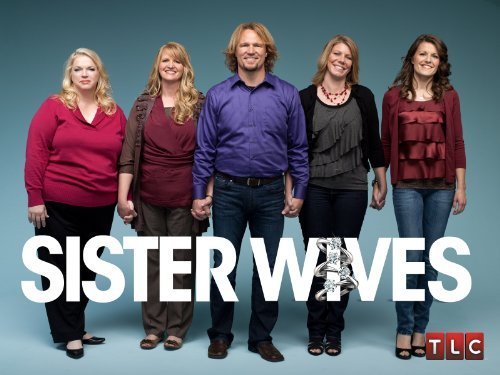 The TLC reality show Sister Wives has always been a guilty pleasure show of mine. Don’t ask me why, I can’t explain it, especially since my reality TV viewing preferences generally run towards the kind of over-the-top camp that Tyra Banks gives us with America’s Next Top Model.

This week they delved into purity culture and the show just isn’t fun anymore.

For the uninitiated, Sister Wives follows the polygamist Brown family. The show doesn’t touch on what particular sect the Browns are, other than that they’re part of a fundamentalist Mormon group that split from the LDS when the LDS did away with polygamy. They keep telling us that they’re nothing like Warren Jeffs and are just a normal family, and the intent of the reality show is to basically come out in the open as polygamists and show the rest of the country that they’re normal people. For the most part though, the show, up until this fourth season, has mostly glossed over the details of their religion.

It was rather odd then, that TLC devoted almost all of the August 25th episode to forth wife Robyn speaking at their home church about purity. Up till this point, the show hadn’t given us much details about Robyn’s first marriage, other than that it wasn’t a good situation. We learn this episode that at 19, while questioning her faith, she packed up and moved away from her family, where she met a guy who pressured her to have sex, ended up getting pregnant, and marrying him.

This story is framed not as what it is–a sheltered girl who left home, was vulnerable to the pressures of a not-so-great guy because all she’d been given was a strict set of rules and nothing else, and then married him because that’s what you’re supposed to do in that situation. Instead, she tearfully tells about how the greatest gift you have is your purity, and in the worst mistake of her life she gave her purity to the wrong guy and he threw it on the ground and smashed it.

Almost all of the thirty minute episode was devoted to relating this story and it left me feeling more than a little sick to my stomach.

This wasn’t a message that TLC should have been broadcasting to the country. Half the viewers are going to see it and mock Robyn and the Browns (which is completely the wrong response because the Browns are people just like you and me), and half of them are going to see in and have the purity doctrine reinforced yet again. TLC just told America that the value of a woman is centered on one thing, her virginity.

That’s a message that’s even more harmful than all of the child beauty pageant shows combined.