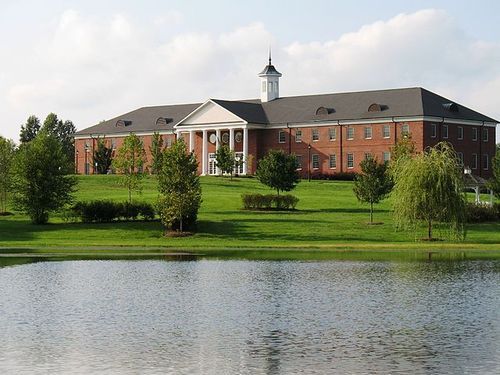 I’ve been following stories about how college and universities handle sexual harassment and assault allegations ever since I researched the heck out of Title IX in undergrad (the story behind that isn’t mine to tell, other than to say that for all its issues, Covenant seems to be one of the few Christian colleges even remotely in Title IX compliance–funny how quickly people shape up when it’s pointed out that their federal funding is at risk). Anyway, colleges and universities are, across the board, not very good at handling incidences of sexual harassment and assault.

In late November 2006, four years before Claire’s experience, another young woman reported a sexual assault to Sandra Corbitt, who was then the dean of women. Sarah Patten cried as she recounted how, the previous Saturday night, a boy named Ryan (whose name has been changed) had sexually assaulted her.

“I know him,” Sarah remembers Corbitt saying. “He’s a nice boy. Are you sure you want to report this?”

Sarah described what she could remember: coming in and out of consciousness, her limbs feeling heavy and paralyzed, Ryan on top of her, his hands groping her all over, waking up disoriented.

Sarah says Corbitt grilled her on certain details: What was she wearing? Had she flirted with him or given him mixed signals? “The entire line of questioning was basically like, ‘Did you make it up? Or did you deserve it in some way? Or was it consensual and now you’re just lying about it to make him look bad?’ ” recalls Rachel Leon, Sarah’s roommate who had accompanied her to Corbitt’s office for support.

Listening to Sarah from across her desk, the dean was as polite as ever. But she didn’t seem to believe Sarah’s story at all. “If you were telling the truth about this,” Sarah remembers Corbitt saying, “God would have kept you conscious to bear witness to the abuse against you.”

This story makes me sick.

Others have chronicled how Michael Farris is deleting comments and blocking people from his public Facebook page if they bring up the New Republic story and is calling victims liars. R.L. Stollar at Homeschoolers Anonymous pointed out the hypocrisy of Farris’ criticizing Doug Phillips and Bill Gothard while ignoring sexual assault at Patrick Henry College, and Libby Anne at Love Joy Feminism breaks down Farris’ response point by point. The whole thing is a mass of victim-blaming and denial that makes no acknowledgment that there is a problem, much less one as serious as this.

Parents send their kids off to Patrick Henry thinking that they’ll be protected.

Instead of protection, when women become victims of sexual assault, they’re the ones who get blamed. They shouldn’t have been drinking. They should have been dressing more modestly. You must have been sending mixed signals. Instead of considering the possibility that someone drifting in and out of consciousness may have been drugged, that’s proof it’s not true–“God would have kept you conscious to bear witness to the abuse against you.”

Patrick Henry College may be a lot of things, but a safe place for women is not one of them.

What makes things worse for students is that Patrick Henry College does not take federal money. They don’t want to be under government control, you see.

Well, part of that government control includes laws like Title IX that are designed to protect students by requiring institutions to have policies in place for dealing with sexual harassment and sexual assault. If an institution is out of compliance with Title IX, they can lose all of their federal financial aid money.

Federal funding is the leverage to protect students. At Patrick Henry College, there is no leverage.

When I was looking at colleges, including one that doesn’t take federal money (Grove City, which didn’t want to comply with Title IX gender equity in sports), I never once considered what going to a school that doesn’t take federal funding really meant other than having to find private loans. I doubt many students think about it, and even if they do, nobody ever expects that they’re going to need the protection offered by the strings attached to federal funding.

You don’t think you’ll need it until you do.

PHC is a private institution, without any federal monies to make them play well with others, they can do pretty much anything they jolly well please. If a female student is a victim of assault and PHC won’t do anything about it, she has no recourse.

It’s been brought to my attention that I missed an important point in the New Republic story. When Sarah and her future husband Josh went to talk to Provost Gene Edward Veith about her case, he seemed to be unaware of anything that had transpired. This, combined with the fact that Dean Sandra Corbitt made Sarah delete all emails and text messages from her attacker, strongly suggests that Corbitt handled the entire case off the record without documentation. That is an unacceptable way to handle an allegation of sexual assault, and for that reason alone, if Patrick Henry College wants to demonstrate that they take sexual assault seriously, they must fire Sandra Corbitt. Otherwise, any statements they may release ring hollow.