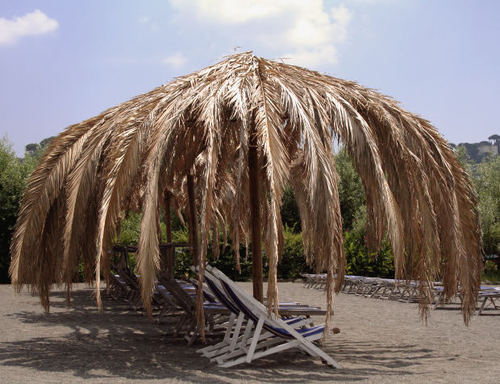 When most people hear the word, “Belize,” the first thing they think of is the Central American country, or, if they have a particular affinity for Breaking Bad, then perhaps, “Send him to Belize,” as a euphemism for murder comes to mind. For me, though, “Belize” evokes memories of one of the weirder episodes of my childhood.

In the fall of 1993, around the time I turned 13, several family friends all decided they were going to move to Belize.

I’m getting ahead of myself here, so let’s rewind back to the end of 1992, when Bill Clinton had just been elected president. This was back during my I-was-a-teenage-activist Operation Rescue days, and to say that everyone lost their collective shit over the election would be an understatement.

Never mind that in the end, it turned out that Clinton governed from the middle, people were sure he was going to be the WORST EVAR, and in the anti-abortion activist circles everyone was convinced that persecution of Christians was imminent. This paranoia was confirmed with the introduction of the Freedom of Access to Clinic Entrances Act (FACE) in 1993. We’ll just ignore the fact that the law was precipitated by an increase in violence and the murder of David Gunn in Pensacola, since that part of the story got ignored in the increasing paranoia of the time.

The whole paranoia thing is ridiculous in retrospect, and while my reactions can be excused by the fact that I was almost thirteen and teenagers are supposed to be overdramatic about everything, as for the adults, I don’t know what their excuse was. It was a weird time.

In any case, a few people my family knew took the paranoia to the next level and decided that it was only a matter of time before we all were going to have to flee the country to escape persecution. Now, most of the time when people get these kinds of conspiracy theories in their heads, they don’t do anything except buy a few more assault rifles and more non-perishable goods than anyone in their right mind actually needs. Not these people. They started making concrete plans to flee the country.

Don’t ask me why they chose Belize, if I was picking a country to flee from the long arm of a tyrannical government who I was convinced was going to start arresting people on trumped up charges, I’d pick a non-extradition treaty country. But hey, Belize is relatively close by, they speak English, use the dollar (they may not like the US government, but heaven forbid they be inconvenienced with changing currencies), and it’s kind of like Florida, but with mountains, so Belize it was.

The idea was that they were going to all move down to Belize and get everything set up and functioning so that when the rest of us had to flee, they’d be ready for us.

If you think this is unbelievably crazy already, it gets better (or worse, depending on your perspective). One man started taking pilot lessons so that when the inevitable persecution started, he could fly in from Belize, under radar, and land in the middle of one of the main roads in town to pick us all up and whisk us away to safety. It’s all very post-apocalyptic disaster movie.

In retrospect, this should have been the point where we decided that these people are absolutely insane and we should have nothing at all to do with them any longer, but hey, they were our long-time friends and you put up with your friends’ little foibles and quirks. Even if their particular quirk happens to be a conspiracy theory that involves flying under radar under the cover of night to rescue you from an immanent totalitarian police state. So, instead of getting as far away from the crazy as possible, we just rolled our eyes at it and started cracking sarcastic jokes about the crackpot idea flying in under the radar to rescue us all.

But wait, that’s not all, it gets even better!

Our crazy friends invited their even crazier mutual friend from the other side of the state to come over and give a bunch of us a sales pitch for why we should be moving to Belize too.

Apparently the federal government banning the sale of radio scanners that could pick up cell phone frequencies was evidence of the coming totalitarian police state. I’m not entirely sure how that was supposed to have anything to do with anything other than privacy for cell phone users, but when you’re a conspiracy theorist who is convinced that Bill Clinton is about to usher in a totalitarian regime, anything is a sign. Remind me to tell you sometime about the time that people were convinced that blue reflectors on telephone poles were there to guide the Chinese to the Avon Park Air Force base as part of a UN takeover.

Bit of advice here. If you’re trying to convince people to pack up and move to a foreign country with you and you want to reassure them that you aren’t starting some sort of weird cult, repeating the phrase, “just don’t drink the Kool-Aid,” at multiple points during your sales pitch just makes you sound even more like a wannabe cult leader.

In the end, the only people who actually moved to Belize was that guy, his wife, and his daughter. Turned out he’d embezzled tens of thousands of dollars from his church to do so. The church decided it was too much trouble to prosecute, what with him being in Belize and all. After a few years, I guess he decided that Bill Clinton wasn’t such of a threat after all and returned to the US, passing off his time in Belize as being a missionary.  He’s currently pastoring a church he planted. I assume the parishioners don’t know about the embezzlement, though who knows, maybe they do and don’t care, either possibility would be equally believable.

As for the family friends with the vision of flying in under the radar to rescue us all, the Belize fiasco was the beginning of the end. For reasons that I still can’t figure out (other than that crazy people are crazy), the wife decided that it was my parents’ fault that they never made it to Belize, and concluded that my parents were trying to take over their ministry. After a downward spiral too long and complicated to discuss, a year or so later they ended up declaring an ultimatum that people had to choose between them and my parents. Almost everyone chose them, and because these were the parents of all of my friends, the “us or them” ultimatum meant that I lost almost all of my friends in the process.

While the intervening years have shown that making a break with that crowd when we did was the best thing that could have happened, that doesn’t mitigate just how miserable that time when everything fell apart really was. It’s been nearly twenty years and I can still say that was one of the worst periods of my life. My world came crashing down around me and it was completely and utterly out of my control. I almost lost my faith over the whole thing, and probably would have if not for the sense that everything that happened was so totally off of the mark.

After twenty years of “Belize” being associated in my mind with so much weirdness and with the time in my life when my world fell apart, next month I’ll actually be going there for the first time, for an environmental law class. Getting ready to go there has dredged up all of these memories, and I’m still not quite sure what to do with them. I guess I’ll get back to you if I ever figure it out.