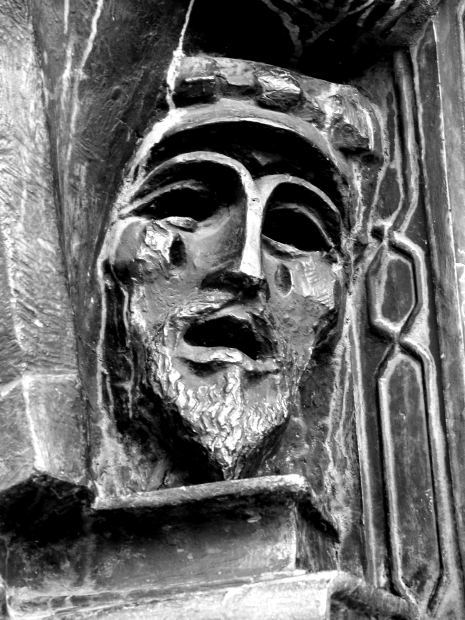 I figured that while I was at it on blogging about the Southern Baptist Convention, I might as well do a section by section dissection of the SBC’s resolution condemning trans people. One of the talking points attacking critics of the resolution is to claim that we mustn’t have read the whole thing, well, here’s the proof that I have read it all and found it wanting.

The text I break down below is taken from the website of Denny Burk, author of the resolution and associate professor of Biblical Studies at Boyce College.

The tl:dr version: This is all about reinforcing patriarchy at the expense of our trans siblings.

WHEREAS, All persons are created in God’s image and are made to
glorify Him (Genesis 1:27; Isaiah 43:7); and

I won’t argue with you there. The answer to question one of the Westminster Shorter Catechism is, “The chief end of man is to glorify God and to enjoy Him forever.” Actually, scratch that, I am going to argue with this one. The “enjoy Him forever” part of the Westminster Catechism is important, when you only talk about glorifying God and leave out the enjoying bit, you forget that God didn’t create us to be miserable automatons that exist just to make Him look good.

WHEREAS, God’s design was the creation of two distinct and complementary sexes, male and female (Genesis 1:27; Matthew 19:4; Mark 10:6) which designate the fundamental distinction that God has embedded in the very biology of the human race; and

Second, I really like how they’ve worked complementarian theology in here, such a neat trick. Ultimately, I think this is why they refuse to acknowledge the existence of trans people, because if they do, then they worry that the whole patriarchal house of cards will tumble down.

WHEREAS, The Fall of man into sin and God’s subsequent curse have introduced brokenness and futility into God’s good creation (Genesis 3:1–24; Romans 8:20); and

WHEREAS, According to a 2011 survey, about 700,000 Americans perceive their gender identity to be at variance with the physical reality of their biological birth sex; and

So basically, if the gender your brain perceives your body to be doesn’t quite match up with biology, it’s a sign that you’re broken by the fall. Never mind that brain chemistry and function, which is where gender identity comes from, is also part of the biological reality of a person’s birth sex.

I’d also like to point out that, as with the next point, what they’re really saying is that genitalia trumps all other biological characteristics. Doesn’t matter what biological gender your brain is, just what’s between your legs.

Yep, all they care about is genitalia. Never mind that your brain is part of your body and your biology.

WHEREAS, The American Psychiatric Association includes among its treatment options for gender dysphoria cross-sex hormone therapy, gender reassignment surgery, and social and legal transition to the desired gender; and

Right. Because it’s not a “disorder” to have your brain structure be like that of the gender you identify with. That’s normal brain functioning, and when the brain and the body don’t match up entirely, it’s a heck of a lot easier to fix the body than to rewire someone’s entire brain.

Not to mention that when rewiring someone’s entire brain, even if possible (it isn’t), because the brain is what creates a person’s personality, setting out to rewire it is really setting out to change everything that makes the person who they are. Even if it worked, the person you’d end up with would be a completely different one.

WHEREAS, News reports indicate that parents are allowing their children to undergo these therapies; and

Good. It’s far better for a person’s mental health to treat them before they go through puberty and start developing secondary sex characteristics that don’t match the gender their brain sees themself as. Besides, children aren’t being given hormones and surgery, they’re given medication to block hormones and hold off puberty until they are old enough to give informed consent for anything permanent.

WHEREAS, Many LGBT activists have sought to normalize the transgender experience and to define gender according to one’s self-perception apart from biological anatomy; and

Once again, and I’m getting tired of repeating this, the human brain is part of the biological anatomy. This is really just an obsession with people’s genitals.

WHEREAS, The separation of one’s gender identity from the physical reality of biological birth sex poses the harmful effect of engendering an understanding of sexuality and personhood that is fluid; and

Still more refusal to acknowledge that biology is more complicated than what you learned in a third grade science textbook. Also, [citation needed] on the idea that any of this is “harmful” other than the harm caused by people’s nasty reactions.

And what do they even mean by “personhood that is fluid”?

WHEREAS, Some public schools are encouraging parents and teachers to affirm the feelings of children whose self-perception of their own gender is at variance with their biological sex; and

Because it’s in the best interest of the kid. Heaven forbid that we actually do things that make children feel welcome and loved, it’s not like Jesus ever said anything about tying millstones around the necks of people who hurt children. Oh wait, he did.

WHEREAS, Some public schools are allowing access to restrooms and locker rooms according to children’s self-perception of gender and not according to their biological sex; and

Sigh. I’m getting really tired of repeating that the brain is biology too.

More importantly, here we get the “they’re coming for the bathrooms and locker rooms” scare slur. Apparently this is the worst thing ever. Never mind that a child using the locker rooms and restrooms that don’t match their gender presentation is actually going to be more out of place, and never mind that making a kid feel like they don’t belong is harmful.

WHEREAS, The state of New Jersey prohibits licensed counselors from any attempt to change a child’s “gender expression”; and

So you want to get rid of the ban on reparative therapy on minors. Good to know that you want to subject kids to psychological torture. That’s totally what Jesus would have you do to kids. Torture them.

WHEREAS, These cultural currents run counter to the biblical teaching as summarized in The Baptist Faith and Message, Article III, that “Man is the special creation of God, made in His own image. He created them male and female as the crowning work of His creation. The gift of gender is thus part of the goodness of God’s creation”; now, therefore, be it

Actually, no, this doesn’t run counter to The Baptist Faith and Message. You’re the ones who are hung up on maleness and femaleness being determined by genitalia, there’s a whole lot more to masculinity and femininity than what’s between a person’s legs.

Besides, as I brought up yesterday, if your theology of gender doesn’t allow for the existence of eunuchs, even though they were specifically discussed and blessed by Jesus, then you’re doing something wrong.

RESOLVED, That the messengers to the Southern Baptist Convention meeting in Baltimore, Maryland, June 10–11, 2014, affirm God’s good design that gender identity is determined by biological sex and not by one’s self-perception—a perception which is often influenced by fallen human nature in ways contrary to God’s design (Ephesians 4:17–18); and be it further

Do the Southern Baptists not believe that the brain exists? Because I’m really starting to question that.

Oh no you didn’t. Now people who are intersex are proof of the fall too? Again, let me point you to eunuchs, which was a category that included intersex people, what we’d understand today as trans people, and all manner of other non-binary gender identities. A category of people who Jesus embraced. You have no scriptural support to say that any of this is a result of the fall.

RESOLVED, That we extend love and compassion to those whose sexual self-understanding is shaped by a distressing conflict between their biological sex and their gender identity; and be it further

This is compassion? I shudder to see what hate looks like to you.

RESOLVED, That we invite all transgender persons to trust in Christ and to experience renewal in the Gospel (1 Timothy 1:15–16); and be it further

You do know that there are trans Christians, right?

RESOLVED, That we love our transgender neighbors, seek their good always, welcome them to our churches and, as they repent and believe in Christ, receive them into church membership (2 Corinthians 5:18–20; Galatians 5:14); and be it further

Repent of what? It sure as hell better not be repenting of not having a gender identity that the science geniuses at the SBC don’t approve of.

RESOLVED, That we regard our transgender neighbors as image-bearers of Almighty God and therefore condemn acts of abuse or bullying committed against them; and be it further

If you truly believe that trans people are created in the image of God, you wouldn’t be engaging in the bullying and abuse inherent in this statement. You’re saying that God made a mistake when He made trans people and it’s up to you to fix it.

RESOLVED, That we oppose efforts to alter one’s bodily identity (e.g., cross-sex hormone therapy, gender reassignment surgery) to refashion it to conform with one’s perceived gender identity; and be it further

I’d take this more seriously if you were still teaching that ear piercings and tattoos were a no-no because they altered the body. This is just you all inventing arbitrary rules because you don’t understand science and don’t care to advance your understanding beyond an elementary school level of biology.

RESOLVED, That we continue to oppose steadfastly all efforts by any governing official or body to validate transgender identity as morally praiseworthy (Isaiah 5:20); and be it further

RESOLVED, That we oppose all cultural efforts to validate claims to transgender identity; and be it finally

Now, these two clauses are just you being a dick and persecuting the people you claim to love.

RESOLVED, That our love for the Gospel and urgency for the Great Commission must include declaring the whole counsel of God, proclaiming what Scripture teaches about God’s design for us as male and female persons created in His image and for His glory (Matthew 28:19–20; Acts 20:27; Romans 11:36).

And, here we have it folks, the bottom line. They oppose trans people because trans people’s very existence is living proof that the SBC is wrong on their patriarchal, complementarian theology. If gender isn’t a straight forward, black and white binary, then they can’t be interpreting those passages correctly.

They’ll fight and put up roadblocks every step of the way because they’d rather make life miserable for trans people than to give up the privileged position that patriarchy grants them.