Here are my top ten posts from 2014. One thing I realized while compiling this list is that I really need to blog more, so here’s to a more productive 2015. 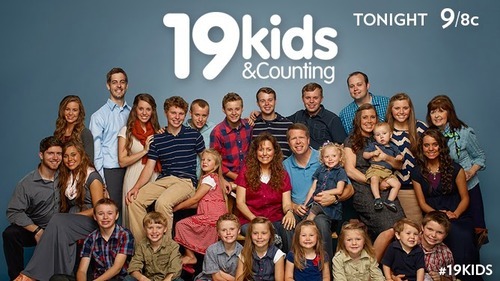 I’ve said it before on social media and I’ll say it again here. The mocking of Duggar children is not something I can get behind. Criticize the Duggar parents for what they’re doing to their children, criticize Jim Bob, Michelle, and Josh for their anti-LGBT activism, that’s fair game. Mocking the kids isn’t.

9. “You went to a Christian college, what did you expect?”

The campus climate problems may be different at Christian colleges than secular ones, but don’t kid yourself, the environment can be pretty bad at state schools too. I don’t want my criticism of how Covenant handled my alumni update situation and the erasing of LGBT alumni to suggest that it’s a problem limited to Christian schools. 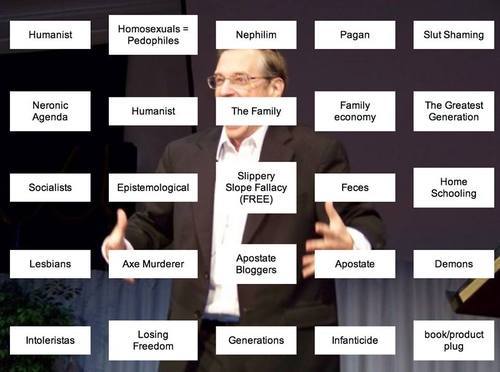 Inspired by the Kevin Swanson Watch bingo, Twitterer @Apostate_X created this handy dandy Kevin Swanson Bingo for you and all your friends to play along at home while you listen to K-Swizzle’s Generations Radio. Or, as we prefer to call it, the #KSwanComedyHalfHour.

The #KSwanComedyHalfHour is where you can learn about how Frozen turns children gay, how Girl Scouts turn children gay, how homosexuals are like cannibals, how lesbians eat feces (I think he saw Two Girls, One Cup, please, please, please nobody tell him about goatse), and well, you might be noticing a theme here. You’ll also learn about the Neronic Agenda (oh wait, that’s just continuing the theme of being obsessed with gay people), how pretty much everyone in Western thought is contributing to apostasy, about homeschool apostates, and well, how everyone who doesn’t agree with him is on the path to apostasy and may well end up like Kim Il Sung, who was, you guessed it, an apostate.

7. Dear Flip: An open letter to Flip Benham on the occasion of his disrupting wedding ceremonies You see, Flip, when I look at those pictures of you shouting in rage, I’m reminded of how you tried to turn the movement children into arrows in your holy war. Your voice still rings in my ears, “moms and dads, grandmas and grandpas, little boys and little girls,” but instead of the multi-generational army you were building, it’s just you shouting at the wind, powerless to stop the march of justice and equality.

As for me, I learned that God is a loving and merciful God and not the satanic monster you preach that He is. But as I said, I learned the activist lesson well, and I’m still turning theology into biography in the streets. Today I’m doing it behind a rainbow banner because when I ask what Jesus would do the answer comes back loud and clear. Jesus would stand for the marginalized and the oppressed, just like he did in his day. 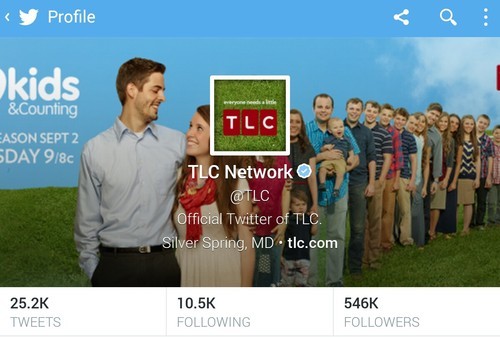 Michelle Duggar is busy inventing a vicious slander against trans* people as predators but can’t be bothered to lift a finger to say anything about the actual predators she promotes. Phillips and Gothard really are predators targeting vulnerable young women, and if Michelle is bothered by this fact she certainly isn’t showing it.

Attacking trans* people as predators while ignoring the real predators, Phillips and Gothard, is the height of hypocrisy.

Michelle Duggar doesn’t care about protecting children, she cares about legalized discrimination against one of the most vulnerable segments of society. Patrick Henry College may be a lot of things, but a safe place for women is not one of them.

What makes things worse for students is that Patrick Henry College does not take federal money. They don’t want to be under government control, you see.

Well, part of that government control includes laws like Title IX that are designed to protect students by requiring institutions to have policies in place for dealing with sexual harassment and sexual assault. If an institution is out of compliance with Title IX, they can lose all of their federal financial aid money.

Federal funding is the leverage to protect students. At Patrick Henry College, there is no leverage.

It’s not just in places like Swat Valley in Pakistan where girls are being denied an education. It’s happening in America too, sometimes we give them reality shows on TLC and People Magazine covers. Covenant keeps reassuring me that the campus is loving and safe for LGBT students, but apparently when we graduate we’re persona non grata. Everything is erased except for our names. Our lives are sanitized to remove any hint that LGBT alumni even exist.

Play a role in the biggest civil rights case of a generation? Sorry, merely printing an alumni update that acknowledges that it happened is too much. I feel like I’m about a half a step ahead of Mark David Chapman in the list of people who brought shame to the Covenant College name. Actually, scratch that, people at Covenant would talk about Mark David Chapman in connection with what he did, Covenant refuses to acknowledge that I even did anything. It appears that murdering a Beatle would get me more acknowledgment from my alma mater than helping fight for justice and equality gets me. Parental rejection, this Matthew 18-style shunning that MacArthur considers Biblical, is a significant contributing risk factor for suicides by LGBT people. How many people are going to end up being “loved” right into an early grave by parents following MacArthur’s advice?

At best, John MacArthur’s advice will destroy the relationships between parents and children and do immeasurable harm to the person who is shunned. Doing that to your own child isn’t love, it’s the ultimate in cruelty.

1. We’re Here, We’re Queer (and patriarchy had nothing to do with it) There are many things that I will lay at the feet of patriarchy, but nope, you’re not going to be able to write off LGBT homeschoolers this easily. Patriarchy did not make us, this is who we are, and there is nothing wrong with that.

Finally, this post didn’t make my top ten, but I’m proud of it, and since this is my list I make the rules, so here’s the story of when some crazy former friends decided to flee the country because they thought Bill Clinton was about to create a totalitarian police state. Our crazy friends invited their even crazier mutual friend from the other side of the state to come over and give a bunch of us a sales pitch for why we should be moving to Belize too.

Apparently the federal government banning the sale of radio scanners that could pick up cell phone frequencies was evidence of the coming totalitarian police state. I’m not entirely sure how that was supposed to have anything to do with anything other than privacy for cell phone users, but when you’re a conspiracy theorist who is convinced that Bill Clinton is about to usher in a totalitarian regime, anything is a sign. Remind me to tell you sometime about the time that people were convinced that blue reflectors on telephone poles were there to guide the Chinese to the Avon Park Air Force base as part of a UN takeover.

Bit of advice here. If you’re trying to convince people to pack up and move to a foreign country with you and you want to reassure them that you aren’t starting some sort of weird cult, repeating the phrase, “just don’t drink the Kool-Aid,” at multiple points during your sales pitch just makes you sound even more like a wannabe cult leader.